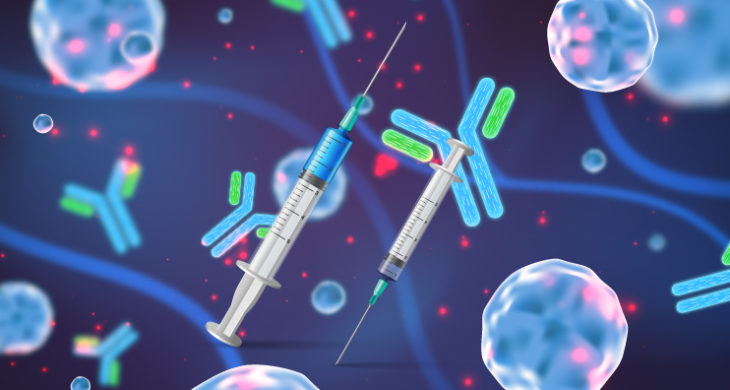 In situ vaccination is a promising strategy for cancer immunotherapy however, there are currently only two FDA-approved vaccines that prevent cancer and only one that can treat existing cancer. The field has been hampered by the immunosuppressive nature of the tumour microenvironment and the heterogenous and highly variable expression of tumour-associated antigens (TAAs).  Now, lipidoid nanoparticles (LNPs) have been used to enhance the effect of in situ vaccination by promoting cross-presentation of tumour antigens and activating the immune response via the STING pathway, resulting in ablation of tumours and induced immune memory.

Therapeutic cancer vaccines aim to boost the immune system’s ability to find and destroy TAAs. In 2010, the FDA approved the first and currently only vaccine to treat cancer,  sipuleucel-T (Provenge) a personalised treatment for people with metastatic prostate cancer. However, such personalisation requires time and is costly, and alternative cancer vaccination strategies that don’t require identification and isolation of patient-specific TAAs would be highly advantageous.

How best to activate a tumour immunological response is a debate, and whilst the most common method for in situ vaccinations is via oncolytic virus, a concern is excessive systemic activation which can lead to severe side effects.  An alternative strategy is to use lipid nanoparticles, and in an ideal scenario the LNP should be able to (i) capture the released tumour antigen and deliver into antigen-presenting cells (APCs) with enhanced cross-presentation and (ii) generate immunostimulatory effect capture.

Now, researchers at Tufts University and Massachusetts Institute of Technology, US, led by Qiaobing Xu, have developed a LNP that delivered guanosine monophosphate-adenosine monophosphate (cGAMP), an agonist of the STING pathway, into tumours, and in combination with pre-treatment with doxorubicin (a chemotherapy medication), showed excellent immunostimulatory effects, ablating tumours and preventing relapses.

To start, the team used combinatorial library screening of LNPs to identify a potential LNP with an adjuvant effect and enhanced cross-presentation.  They then used the LNP as a carrier for the agonist cGAMP (LNP/cGAMP). The recognition of cCAMP by STING has been shown to result in the activation of APCs, to stimulate the production of interferons (INFs), and primes CD8+ T cells against TAAs.

The LNP system consisted of a pre-treatment using a chemotherapeutic agent, doxorubicin (DOX).  This induced tumour immunogenetic death which released TAAs. The LNP/cGAMP was then injected near the tumour.  Here, the team showed that the LNP/cGAMP captured the released TAAs via electrostatic interaction, and then delivered them to the APCs in the draining lymph nodes. As cGAMP itself cannot cross the cell membrane the LNP delivered the cargo intracellularly, and once inside the APCs the payload was released.  This triggered the cross-presentation of TAAs and activated the cytotoxic T cell response via the STING pathway.

The system was tested in vivo in a melanoma mouse model.  Here, the team found the tumour volumes in the LNP system treated cohort were significantly smaller than all the other control groups, and in some the tumours were completely undetectable.  The antitumour efficacy at 30 days rose from 0, in the control animals, to 35% in the LNP-group .  This group also had a significant extended survival rate compared to the control groups, which increased from 0 to 28.6% at day 30.  Furthermore, this efficient antitumour activity was only achieved when the pre-treatment of DOX was administered, and was therefore reliant on the TAAs release and capture.

Finally, the team wanted to determine whether the LNP system could generate a long-term immune memory, so they conducted a rechallenge experiment.  Impressively,71% of these mice showed a complete recover from this subsequent challenge.

The team here have designed a LNP-based in situ vaccination system with both enhanced antigen cross-presentation and STING activation, that heightened tumour ablation and generated long-term immune memory.  The positive charge of the LNP, was able to capture TAAs which were released from the tumour upon a pre-treatment of a local injection of the chemotherapeutic, DOX. This together with the enhanced STING activation of APCs through the cytoplasmic delivery of cGAMP improved the efficacy of this therapeutic vaccine.

Looking to the future, the team are hoping to translate this LNP system vaccination strategy to the clinic and the hope to improve a few aspects of the approach to broaden its therapeutic applications.  They will be looking into a ‘one-shot’ administration where the chemotherapy agent and LNP are given at the same time and not sequentially, as occurred here.  They are also aiming to refine the LNP formulation and delivery so that systemic administration can be given for tumours that cannot be accessed via injection directly.

Through the rational design of nanoparticles, nano-based delivery systems are promising to advance strategies for treating not only cancer but many other diseases.  Such flexible systems allow for efficient delivery of many different therapeutic cargos to be targeted to directly to disease sites or organs and to overcome biological barriers and enhance a drug’s therapeutic index.  We have seen synthetic nanoparticles crossing the blood-brain barrier to eradicate aggressive glioblastoma, also providing immunological memory.  CRISPR/Cas9 loaded nanoparticles eliminating cervical cancer, and tolerogenic nanoparticles which enhanced hepatic gene therapy. Ligand-bound nanoparticles to treat osteoarthritis, and others that can even deliver therapeutic mRNA in utero for the treatment of genetic disease.

Nanoparticles are starting to yield exciting and promising life changing possibilities, to deliver drug cargos to previously untargetable sites, to stimulate the immune response, and turn ‘cold’ immunosuppressive environments into ‘hot’ ones.  The work here, advances these discoveries and adds to the next generation of in situ vaccines that will hopefully be added to the therapeutic toolbox in the near future. 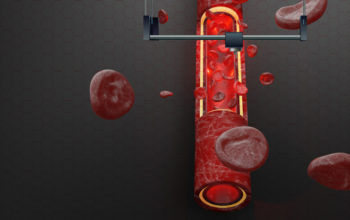 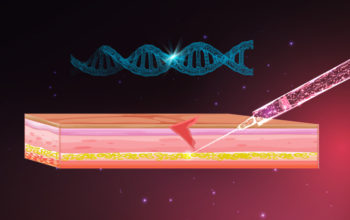 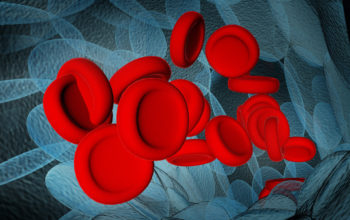