Age-related macular degeneration (AMD) is a leading cause of irreversible blindness and visual impairment in the world.  The dry form of AMD, in which the light sensitive cells of the macula slowly break down, is the most common type, accounting for 90% of diagnosed cases. Now, surgeons have implanted a revolutionary AI-driven bionic microchip implant into the blind eye of an AMD patient allowing visual signals to be detected for the first time since going blind.

The number of people living with macular degeneration worldwide is ~200 million and with an aging population has been estimated to increase to 288 million by 2040.  There is currently no cure for AMD, and people with early or immediate stages of the disease are advised nutritional therapy – a healthy high antioxidant diet – which can then be increased to antioxidant vitamin injections upon disease progression.  However, for those with late-stage AMD, also known as geographic atrophy (GA), the most common form of dry AMD, there is currently no treatments available, and the progressive and irreversible loss of retinal tissue leads to a loss of visual function over time.

Now, an 88-year old woman has been the first person in the UK to have a revolutionary, trial bionic vision device implanted into her blind eye.  With the aid of special glasses, containing a video camera that is connected to a small computer attached to a waistband, and artificial intelligence (AI) algorithms, it offers the hope of restoration of sight to people suffering vision loss due to dry AMD.

The woman received the Prima System device, developed by Pixium Vision in France, at Moorfields in London as part of a Europe-wide clinical trial backed by the National Institute of Health Research (NIHR) Biomedical Research Centre at Moorfields and the UCL Institute of Ophthalmology.

A microchip, which measured 2mm by 30µm, was placed 0.1µm under the centre of the patient’s retina, in a region which does not contain photoreceptors, by surgically creating a trapdoor into which the chip was posted. Special glasses with a camera and mirror projector allow the chip to capture the visual scene from the glasses and transmit this to a computer on a waistband.  Using AI algorithms to process the information, the glasses are instructed to focus on the ‘perceived’ main object of the image.  Near-infra red patterns of the image are then managed by the computer and projected by the glasses through the eye to the implanted chip.  Here, the chip converts the image into an electrical signal, which passes through the retinal cells and optic nerve back to the brain.  In the brain it should be interpreted as if it were natural vision.

Once inserted the bionic device is turned on 4-6 weeks after implantation. At this stage the patient should be able to see a signal. A rehabilitation programme is then undertaken to learn how to use the ‘new’ vision. After this, patients are potentially able to recognise words for example when they couldn’t before.

The patient is part of the PRIMAvera study, an open-label, baseline-controlled, non-randomised, multi-centre, prospective, single-arm pivotal trial, which will enrol a total of 38 patients.  The study read-out following the successful UK implant is now expected around end-2023, and has seen successful implants in both France and Germany.  The team will be following the progress of the patient for the coming weeks with the primary endpoint assessed at 12 months post implantation.

The team here have shown successful implantation of a groundbreaking bionic vision device which offers the hope of restoration of sight to people suffering vision loss due to dry AMD. As such the patient from Moorfields Eye Hospital has been able to detect signals in her blind left eye thanks to the revolutionary new implant.

The evidence gathered through this clinical study, will provide the evidence to determine the true potential of this treatment and to assess its safety and efficacy.  It is hoped to offer AMD suffers new hope to regain visual perception and greater autonomy.

The device is likely to receive much anticipation and excitement as it hits the final milestones towards the market, and we have seen enormous interest from other bionic vision devices.  One such device – Gennaris – the bionic cortical vision device was being prepared for a world-first human clinical trial back in September 2020.  Additionally, the creation of a biomimetic bionic eye, consisting of a metal shell at the front, an artificial retina at the back and an ionic liquid interior: dubbed EC-EYE – short for ‘ElectroChemical EYE’ was also surround by much early hype. Other innovative treatments also offer the hope of restoring sight by combining optogenetic therapy with the use of light-stimulating goggles. Together, we are seeing leaps in technology that will change the lives of millions of patient with visual impairments, and offer hope of new treatments for  eye diseases that currently are deemed untreatable. 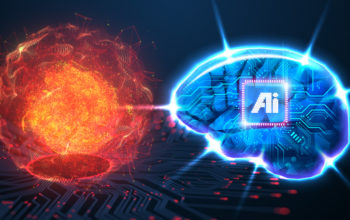 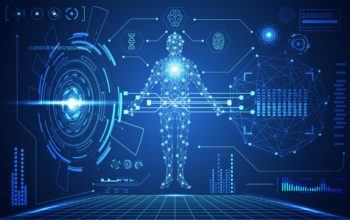