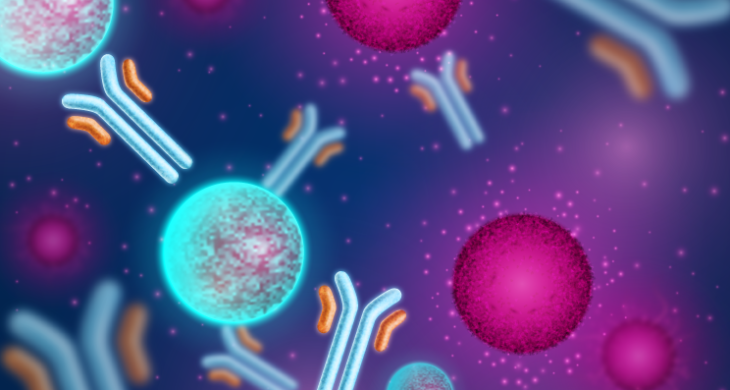 Immunotherapies are a rapidly emerging, and a very promising approach for treating cancer.  One of the most clinically advanced of these is chimeric antigen receptor T cell therapy (CAR T cell), which exploits T cells, and is used to treat B cell-related blood cancers. However, there are few targeted therapeutic agents for T cell malignancies, which have poor outcomes and low 5-year survival estimates, meaning there is a great unmet clinical need for new T cell targeted therapies.  Now, scientists have developed a new approach to target T cell cancers through T cell receptor (TCR) antigens using bispecific antibodies, which target malignant T cells whilst preserving healthy ones.

There are currently four FDA (US Food and Drug Association) approved CAR T cells therapies, all of which are for the treatment of advanced B-cell lymphomas, and all which target and bind CD19, the antigen found on the surface of B-cells.  In addition, immunotherapeutic agents for B cell malignancies such as bispecific T cell–engaging antibodies (BsAb) have also been approved for use in humans, and hold much promise for treating cancer.

Bispecific antibodies recognise two different eptiopes and have dual specificity, one epitope on the cancer cells and the other which redirects T cells to the tumours. In theory, these types of strategies could be adapted to target T cell malignancies. However, currently these approaches do not discriminate between healthy and malignant cells, and whereas a near-complete loss of healthy B cells is well tolerated by patients, a complete loss of T cells would be unfeasible and clinically unacceptable, as it would lead to profound immunosuppression.

T cells, malignant or otherwise, express a distinct TCR β chain generated from 1 of 30 TCR β chain variable gene families -TRBV1 to TRBV30.  Each one is expressed on 1-5% of the total normal peripheral blood T cells however, clonal cancerous T cells express only one TRBV.  This means that by targeting those expressed on the malignant T cells, only minimal numbers of normal T cells which express the same TRBV are inadvertently depleted, and the remaining T cells expressing the other 29 TRBVs remain viable, and can support the immune system.  Furthermore, clonal T cell cancers also express only one of the two TCR beta chain constant regions – TRBC1 or TRBC2- whereas normal T cells express a mixture of both TRBC1 and TRBC2.  This offers additional opportunity for selectively targeting T cells.

To start the team constructed 3 sets of BsAbs, anti-TRBV5-5, anti-TRBV12, and anti-TRBC1 BsAbs.  BsAbs were constructed by linking two distinct single-chain variable fragments (scFv), one scFv against the cancer cell type and the other to target the T cell-activating molecule C3. Many clonal T cell cancers have been shown to express TRBV5 or TRBV12 families, therefore the first two antibodies selectively targeted TRBV5-5+ or TRBV12+ T cells, whilst the other selectively targeted TRBC1+ T cells.

Blood isolated from 5 healthy donors showed that up 2% and up 5% of normal human T cells expressed TRBV5-5 and TRBV12, respectively, whilst 35-45% of T cells expressed TRBC1.  In vitro exposure of these T cells to α-V5 and α-V12 treatment resulted in complete loss of the TRBV5-5+ and TRBV12+ cells, and α-C1 resulted in a substantial loss of TRBC1+ T cells.  However, whilst α-V5 and α-V12 treatment had only ~13-14% off target cell death, α-C1 eradicated ~80% of the T cells not expressing TRBC1, resulting in a near complete loss of T cells.  The latter would likely represent severe immunosupression in humans.

The team then went on to show that bidirectional killing accounted for the so called off target deaths in those cells not expressing the relevant TRBV or TRBC.  Here, cross-linking induced by the BSAbs activated both ‘effector’ and ‘target’ T cells, thereby killing the effector cells as well as the target cell.  As there were much less TRBV5-5+ or TRBV12+ T cells from the outset, this resulted in less bidirectional killing.

Next, the team wanted to assess the ability of the BsAbs to induce T cell cytokine responses against cancer cells in vitro, T cell cytokine release was assessed by the induction of IFN-γ.  They co-cultured normal T cells with T cell cancer cell lines in the presence or absence of the different BsAbs. They found that α-V5 and α-V12 were able to increase T cell IFN-γ secretion above baseline in the presence of the cancer cells expressing the corresponding TRVB, this was accompanied by an increase in multiple cytokines, suggesting the polyfunctional activity of the BsAbs.

Whilst, the results for α-V5 and α-V12 treatments were very promising the real test would be whether they would work in vivo.  So the team established two disseminated xenograft models in mice, who also received human T cells via intravenous injection.  At 19 days after inoculation of cancer cells (15 days after initiating BsAb treatment) all treatment groups had equivalent numbers of circulating ‘normal’ human T cells and all had some circulating leukaemic cells. However, in the mice treated with either α-V12 or α-V5 there was a significant reduction in the malignant cells, and this was accompanied by significant survival benefits – with these mice not developing hind-leg paralysis.  Eventual they did display graft-versus-host-disease (GVHD) but this was a due to the presence of human T cells in the mice.

One of the large benefits BsAbs have over CAR T cell therapy is time to treatment.  CAR T cells have to be harvested from the patient, engineered, and cultured, then returned back into the patient.  The workflow for BsAbs are simpler, faster to produce, and therefore likely to be less expensive and more readily available once they have undergone the appropriate clinical trials.

However, demonstrating the safety of such treatments will be a critical milestone in the route to the clinic.  Therapeutic TRBV targeting may lead to CD3- or TCR-negative relapses, they may also generate toxicity for example if the targeted TRBVs are required to respond to particular pathogens, the elimination of all these T cells would lead to an increased susceptibility to certain infections. There is also likely to be variations in patients’ effector T cell functions which may lead to heterogeneous antitumor clinical responses.  All of which should be teased out in the preclinical and clinical trials.  From the early data here, it does appear that targeting TRBC1 leads to the destruction of too many T cells to be a viable strategy for clinical translation.

This will be an important advancement for immunotherapies to treat cancer, especially given the lack of those able to treat T cell malignancies.  We have seen recent developments in a bid to find a ‘universal’ cancer therapy where scientists exploited CRISPRs to discover T-cells equipped with a new type of T-cell receptor (TCR) which recognise and kill most human cancer types whilst leaving healthy cells.  We have also seen Caribou Bioscience start a Phase 1 clinical trial with an off-the-shelf allogenic anti-CD19, genome-edited CAR-T cell therapy for patients with relapsed/refractory B cell non-Hodgkin lymphoma and bispecific anti-CD20, anti-CD19 CAR T cells for again the treatment of B cell malignancies.

However, bispecific antibodies not only show great potential against T cell malignancies, but the team have recently demonstrated their use to kill cancer cells harbouring common mutations in TP53  or RAS that are presented in complex with common HLA types.  Thus, their use will likely extend beyond that of T cell cancer types.

Together, these findings on bispecific antibodies open the avenue for new therapies against mutant neoantigen expressed at very low levels on the surface of cancer cells, and to target cells that were previously inaccessible.  They offer hope for new approaches for treating cancer, more timely treatments and better outcomes for patients. 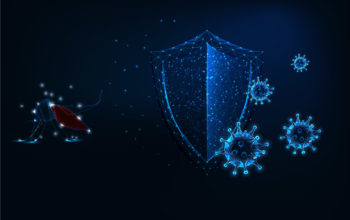 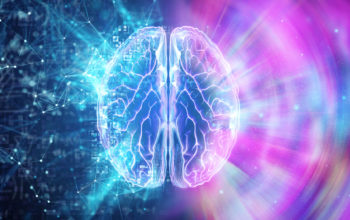 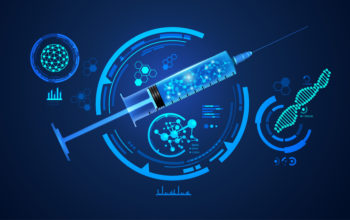