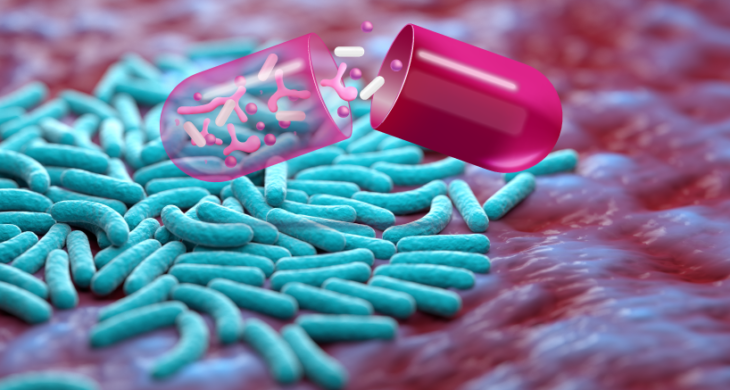 Clostridioides difficile infection (CDI) is the most prevalent hospital-acquired infection in the Western world and is caused by an anaerobic Gram-positive bacterium that colonises the colon, causing a range of health issues, from mild diarrhoea, to acute colitis and even death.  In the US, CDI is responsible for more than 29,000 deaths per year, and most commonly affects people who have recently been treated with antibiotics.  Now, scientists have engineered yeast to produce antibodies that neutralise two of the bacteria’s toxins, providing protection against primary and recurrent CDI in mice models.

The standard treatment for CDI is limited to antibiotics that can disrupt the gut’s natural microflora.  This is often the cause of the CDI infection in the first place, and in turn leads to high rates of recurrence.  Furthermore, the increased use of antibiotics required for ongoing CDI, raises the worry of antibiotic resistance, which is a major threat to the successful treatment of many patients facing a variety of infections.

The tissue damage, inflammation, and potential morbidity from CDI is mainly caused by two exotoxins, TcdA and TcdB. Now, scientists from the University of Maryland School of Dentistry and FZata Inc. US, led by Hanping Feng, have modified a common yeast, Saccharomyces boulardii (S. boulardii), to secrete a single tetra-specific antibody, that was capable of neutralising both TcdA and TcdB, demonstrating its effective use as a prophylactic and a treatment for CDI in mice.

The team started by engineering and optimising the secretion of a tetra-specific antibody in yeast.  The team hypothesised that S. boulardii would be an ideal probiotic to deliver the therapeutic protein to the gut as it can be taken with antibiotics commonly used to treat CDI, and has already been used to promote intestinal health.  However, its use to express therapeutic proteins to date is somewhat limited.  They constructed the clinically relevant lead strain yeast to constitutively express a ‘four-in-one’ antibody, that consisted of four distinctive toxin-neutralising antigen-binding fragments, two against TcdA and the other two against TcdB, calling it Sb-ABAB.  This was given orally to wild type mice and showed no adverse effects and led to stable antibody production in the guts.

The team then wanted to test the prophylactic efficacy of the therapy, so mice were given a cocktail of antibiotics (as would occur in the clinic) and then treated with the yeast daily for 7 days, this regime started 3 days before a C. difficile spore challenge.   The mice given Sb-ABAB showed a substantial reduction in inflammation in their cecum and colonic tissues compared with those from control mice and had lower toxin cytotoxicity titers in their faeces. Furthermore, all the mice treated with the modified yeast survived 7 days post challenge, whilst only 40% of the control group survived.

The standard antibiotic treatment for CDI is not optimal and therefore, often allows for reoccurrence of the infection.  In order to test whether Sb-ABAB had a protective CDI capacity at the onset of the infection, the team tested the treatment in a primary acute model of CDI.   Here, mice were treated with Sb-ABAB after a spore challenge, and exhibited a significantly lower mortality rate compared with the control mice, and recovered more quickly.  They exhibited less CDI-associated inflammation and tissue damage.  Furthermore, in a recurrence model of CDI, the mice that had received Sb-ABAB were significantly protected against recurrence-induced death, they suffered no appreciable weight loss, and had fewer incidence of diarrhoea. The results suggested that Sb-ABAB ameliorated ongoing CDI and reduced incidences of CDI recurrence.

Antibiotic resistance is a global public health crisis and therefore the use of antibiotics is a major risk factor for CDI.  As current standard antibiotic treatments for CDI are not ideal, there is a high rate of recurrent CDI.  Here, the team present an orally administered, yeast immunotherapy that can be used concurrently with antibiotics, which targets four distinctive toxin epitopes of C.difficile, neutralising these virulence factors at the site of infection.  It is hoped that the immunotherapy has potential as a prophylactic against CDI risk and as a therapeutic for patients with CDI.  The team are aiming to begin clinical trials within the next 3 years, although the safety of the genetically modified yeast in a therapeutic capacity has yet to be tested.

Indeed, Hanping Feng and co-author Zhiyong Yang, are co-founders of FZata Inc, which is a pre-clinical stage biotech company with a focus on developing antibody-based therapeutics.  They use proprietary platforms to generate a pipeline targeting gastrointestinal related infectious, inflammatory and metabolic diseases and are therefore well placed to drive this immunotherapy to trials.

At least 700,000 people die each year due to drug-resistant diseases and it is estimated by 2050 that such diseases could cause 10 million deaths per year. The urgent demand for new tools to combat antimicrobial resistance is driving the development of the next generation of technologies such as we have recently seen CRISPRs enlisted as antibacterial agents against resistance-strains. The work here with antibody-secreting yeast should provide a new agent that can reduce the use of antibiotics, and target specific gut bacteria without disrupting the overall intestinal microbiome.  It offers an attractive potential therapeutic agent in the future in the fight against CDI, and is likely readily adaptable to secrete different antibodies and therefore treat a range of infections and diseases. 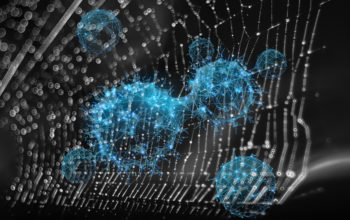 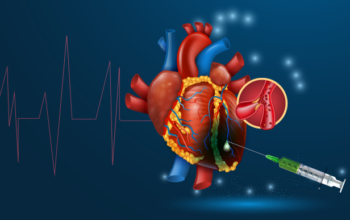 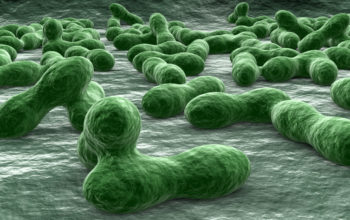