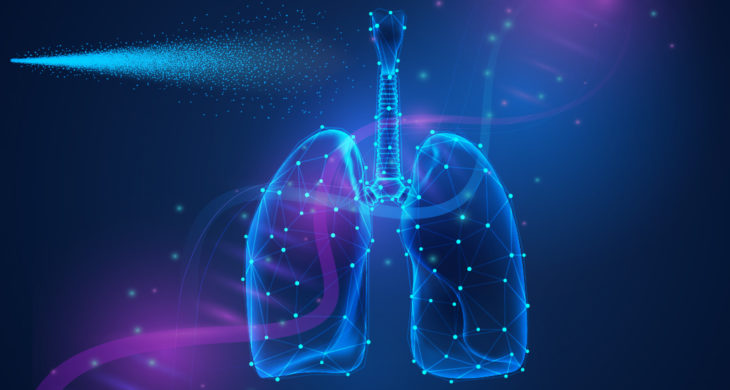 The race to bring CRISPR therapies to market is well underway.  However, one limiting factor scientists are trying to progress are safe, efficient delivery systems.

We have had several examples recently in the main involving the encapsulation of the cargo in a protective coat, such as nanoparticles and nanocapsules. These delivery system have been shown to transport their loads to enable successful gene editing in a variety of tissues in vivo.

Delivering cargoes to airway epithelial cells would be of great benefit for many debilitating diseases, such as cystic fibrosis, asthma and chronic obstructive pulmonary disease to name but a few.

The challenge, however, lies within the respiratory epithelium itself.  Its function is to moisten and protect the airways, forming a physical barrier to pathogens and therein lies the difficulty. In vivo delivery systems are often poorly transduced by the airway epithelia making this a particularly difficult organ to target.

Scientists from the University of Iowa have teamed up with researchers from Feldan Therapeutics to engineer ‘shuttle’ peptides that can delivery cargo to the airway epithelial cells both in vitro and in vivo.

These amphiphilic ‘shuttle’ peptides were developed using cell-penetrating peptides (CPPs); short peptides carrying a positive charge, which can bind-to, and translocate-across, cell membranes.  To avoid the common problem of subsequent endosomal sequestering of the CPPs, endosomolytic peptides were fused to the CPPs, which bind and destabilise endosomal membranes allowing cytosolic distribution of the cargo.

Shuttle peptides were then non-covalently fused to a variety of molecules such as the reporter protein GFP (green fluorescent protein), Cas9 or Cas12a ribonucleoprotein (Cas RNP). In Cas RNP systems, the RNP comprise of the Cas protein and guide RNA.  This system has advantages over more tradition Cas systems as DNA is not required to integrate into the host genome and therefore, the cell’s expression machinery is not relied upon.  Furthermore, the Cas protein is quickly degraded and not heritable, which reduces off-target effects.

Previous work published by Paul McCray and his group had suggested that the amphiphilic peptides could deliver cargo into natural killer (NK) cells, which are hard to modify via viral transduction and non-viral transfection.

To then determine the ability of shuttle peptides to deliver cargo to airway epithelial cells, peptides were combined with GFP (nuclear) and exposed to primary cultures of human airway epithelial (HAE) cells.  Following introduction of the shuttle peptides, GFP protein could be observed throughout the epithelium, and further tests in cell cultures from a large animal model of cystic fibrosis and freshly excised human tracheal tissue explants also showed robust fluorescence of GFP.  Cellular examination in both cell cultures showed the labelling of both ciliated and non-ciliated cells, with an efficiency of up to 35% penetration of the surface epithelial cells.

As a proof-of-concept for delivering targeted genome editing in vitro, the delivery of Cas12a and Cas9 RNP was determined in HAE. Editing was targeted to differing regions of the CTRF locus (cystic fibrosis transmembrane conductance regulator) in regions commonly mutated in cystic fibrosis.  An indel frequency of up to 26% was observed using Cas12a RNP, with Cas9 RNP showing positive results albeit at lower rates.  In contrast, three commercial lipofection reagants showed no gene editing at the targeted loci.

The next step was to assess the system in vivo. Successful confirmation of GFP delivery by the shuttle peptides into adult mice by nasal installation was achieved.  Both the small and large airways were labelled with GFP as were ciliated and non-ciliated cells, with the large airways showing an increased response to one-versus-two delivery treatments (treatments one week apart).

To examine the efficiency of transferring the gene editing machinery in vivo, ROSAmT/mG mice were used.  These reporter mice were designed to express a tomato fluorescent protein (red) which, when excised, permitted expression from a GFP cassette, turning the cells green.  The shuttle peptides transported Cas9 RNP successfully to both the large and small airways, in both cells types, whereas Cas9 RNP delivery without shuttles did not edit the genome.  Importantly, however, the shuttle method showed few signs of toxicity with an efficiency edit rate of up to 13%.

The Cas12a RNP shuttle delivery was also tested in this system.  Whilst the DNA recognition sequence for the Cas12a was not optimal in this model it was nevertheless still able to generate edits at a similar efficiency to Cas9 RNP.

This shuttle peptide method offers real hope for a safe and effective method of delivering gene editing in cells that are normally hard to breach.

In the case of cystic fibrosis, it has been estimated that restoring CFTR function in 5–15% of cells would be sufficient to ‘cure’ symptoms in patients.  This method therefore potentially lies within clinically significant levels with of course the caveat that gene editing efficiencies of the shuttle peptides may differ in vivo in humans.

However, with many areas of this work still open to further optimisation, these initial steps are very promising.  The system provides a versatile delivery strategy for therapies, with easy aerosol delivery, and low off-target effects.

It is estimated there are over 70,000 people worldwide suffering with CF, with over 75% of patients diagnosed by the age of 2.  CF is a chronic and progressively debilitating disease with patients having an average lifespan of just 30 years. Whilst treatment plans have improved over the years, effective therapies treating the underlying genetic cause remain elusive.  It is hoped that the peptide shuttling method could really impact the disease.

From a wider perspective, the study here shows that system could shuttle a variety of cargo. Expanding the cargo repertoire and thus disease treatments will be an interesting development we will be following. 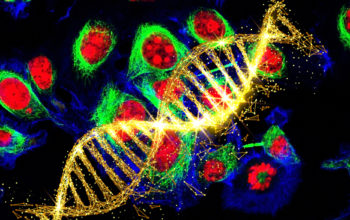 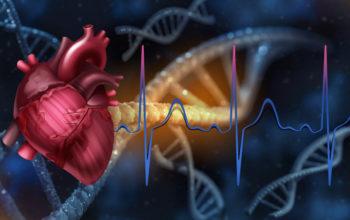 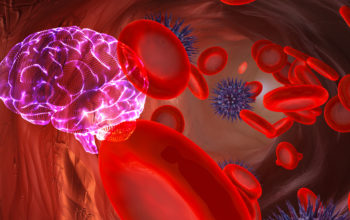