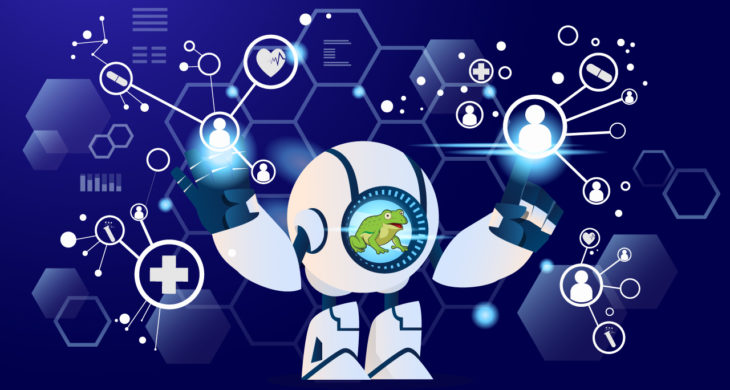 Scientists from the University of Vermont and Tufts University have created a new class of living, programmable organism called a xenobot.  These entirely new life-forms could potentially revolutionise a wide range of applications from drug delivery to toxic-waste clear-up.

The creation of self-renewing, biocompatible materials is the ultimate goal of the synthetic biologist or bioengineer.  On one side of the coin are scientists that design bottom-up technologies, systematically reconstituting cellular functions module by module, usually starting with non-living matter. Whilst, those on the flip side of the coin, employ top-down strategies; manipulating biological components to achieve their end goal.  With the latter in mind, we have so far seen progress in areas such as biohijacking, using living cells as drug delivery vehicles and in the repurposing of tumour cancer membranes to encase oncolytic viruses.

With biology entering the digital era we are increasingly seeing the likes of AI accelerating technologies and applications in a way we never dreamed possible.   With AI algorithms having such vast capacity for big data, processes that were not possible have become probable. Now computer scientists at Vermont, led by Josh Bongard, have collaborated with biologists at Tufts University, US, to design and manufacture reconfigurable organisms.  By using AI algorithms to design and simulate candidate lifeforms in silico the team has successfully created bespoke living systems.

The digital team started with an AI pipeline of sequences and generators.  The first generator was an evolutionary algorithm that combined different biological building blocks (cell types) in a random manner in order to create a desired functional outcome.  The many different designs were then simulated in a physics-based virtual environment, and a performance score was assigned.  The highest scoring designs were then put back into the random design phase to be modified, and then again assigned a performance score.  This process was repeated until populations of performant and diverse designs were created with an appropriate functional output.

The next step in the process was for the virtual-organism to encounter a series of filters. The first was a robustness filter which removed those designs not able to withstand the desired behaviour in the presence of noise (this increased the likelihood of the design being viable in a ‘real’ environment as opposed to a controlled, stable virtual one).  The designs were then scrutinised by a build filter and any design that could not be synthesised by current methods or that were not able to be advanced in complexity were removed from proceeding further.

The designs were then passed to the biological team.  Their job was to translate the virtual template into a living organism.  The team chose Xenopus laevis cells as their building blocks.  These are well-studied, robust model organisms, and were the first vertebrates ever to be cloned by Prof. Sir John Gurdon in 1958.  Embryos are readily available in large qualities, easily manipulated, and cells/explants can survive in lab conditions for relatively long periods of time.

Using blastula stage Xenopus laevis embryos, therefore, the team harvested pluripotent stem cells, dissociated them, and created pools of cells containing the desired cell numbers.  These were then incubated to allow natural aggregations to form.  Further manual shaping of the aggregates were performed to achieve the desired profile that matched the simulated design.

One of the critical functional elements required by the new organism was the ability to move and to achieve this the group needed contractile tissue.  Xenopus cardiac progenitor cells, which develop into cardiomyocytes (heart muscle) were harvested, embedded and layered through the aggregates.  These produced contractile waves at specific locations in the sculpted forms and would hopefully allow movement.

The final step in the experiment was to observe these living, biological machines; would their behaviour compare to the simulated design?  The expectation was they would be able to self-locomote and explore an aqueous environment for a period of days or weeks without additional nutrients.

By observing several of these reconfigurable organisms the group demonstrated that the designs were able move in a coherent fashion, and powered by embryonic energy stores, they were indeed viable for days or even weeks.

There was some variation in behavior, however, as common patterns amongst successful designs started to emerge they were fed back into the evolutionary algorithm.  This allowed the algorithm to evolve, and reconfigure more successful design-to-deployment attempts.

To demonstrate the diversity of the system the team chose four evolved behaviours for the reconfigurable organism to exhibit.  Locomotion, object manipulation, object transport and collective behaviour employing the pipeline four times,

After demonstrating successful locomotion the team then looked at object manipulation. To do this they littered the environment with particulate matter and they found, quite incredibly, that the motile designs were able to spontaneously aggregate the external objects.

A more complex design was required for object transport.  Here the team discovered that if a hole was made through the centre of the organism’s transverse plane in combination with specific constraints around the location of the cardiac cells, it would allow the organism to successfully transport a free-floating pill around the environment (in its ‘pouch-like’ hole).

Collective behaviour was successfully achieved by placing multiple designs in the same environment.  They would often collide, form a temporary mechanical bond, and then circle around each other several times before detaching along tangential trajectories.

The authors here have created new lifeforms from existing single cells and, by recapitulating in silico designs, it could be argued that the group have made efforts to intelligently design life.  Indeed, by arranging the cells into an intentionally-designed morphology, the cells were shown to cooperate and function together in the specific way that had been designed for them.

These so-called xenobots, are living, programmable biomachines, that have been show here to perform tasks that could very well translate into real-world applications.  Whilst this is early stages for the technology the authors envisage a new generation of xenobot descendants (biobots) that would be able to gather microplastic in the oceans, probe for pollutants and contaminants, or even enter a human body to delivery drugs, or perform tasks such a plaque removal in arteries!

In addition to the practical applications of the xenobots, they also offer us a wealth of information about how cells communicate and connect.  How they form tissues, layers and shapes and how these factors translate to function.

Of course, with creating new lifeforms comes the question of ethics.  What unintended consequences may arise from manipulating complex biological systems? The authors argue that by studying and understanding complexity, they will directly get a handle on these things.  After all knowledge is power… 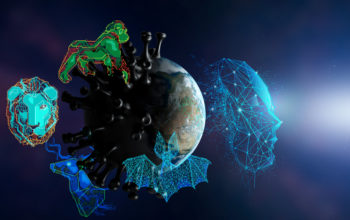 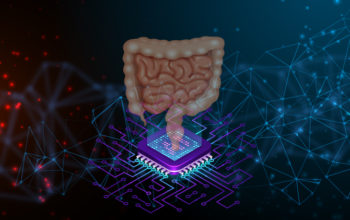 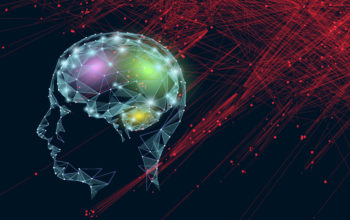