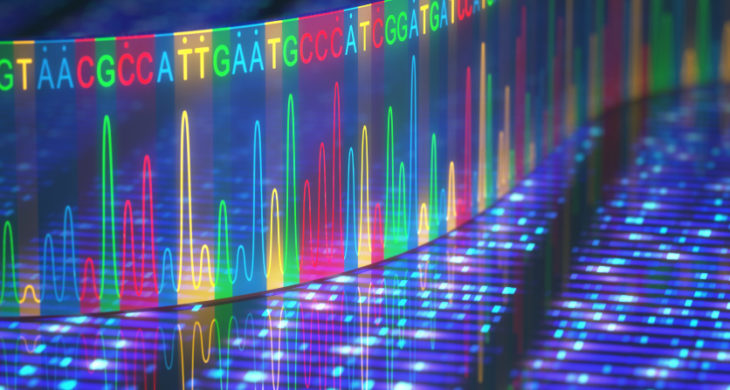 Genome sequencing is vital for diagnosing patients with genetic diseases and allows doctors to tailor treatments to an individual.  Most critical care decisions need to be taken in hours but tradition genetic diagnosis often takes weeks, and rapid testing – where available – requires days.  Rapid genetic diagnosis can guide clinical management, improve prognosis, and reduce costs in critically ill patients and speeding up the process could be a game changer for diagnostics.  Now, researchers have developed a new ultra-rapid genome sequencing approach which has been used to diagnose rare genetic diseases in an average of 8 hours.  In one case it set the Guinness World Record for the fastest DNA sequencing technique, which was used to sequence a human genome in just 5 hours and 2 minutes.

The mega-sequencing approach was derived by Euan Ashley and colleagues at Stanford Medicine, US, in collaboration with Oxford Nanopore Technologies, NVIDIA and Google. The team used PromethION 48 — Oxford Nanopore’s highest-throughput sequencing device, capable of running up to 48 flow cells (sequencing units) at once.  Over a span of >6 months the team sequenced 12 unique research samples from patients aged 3 months to 57 years. Each flow cell had the capacity to sequence one patient’s genome on its own however, the team used all the flow cells simultaneously to sequence one person’s genome, thereby significantly speeding up the process.  The team’s diagnostic rate was ~42%, which is ~12% higher than the average rate for diagnosing mystery diseases.

However, the genomic data emerging from sequencer overwhelmed the lab’s computational systems.  In order to address this, the team had to completely rethink and overhaul their data pipelines and storage systems.  Data was directed straight to a cloud-based storage system where computational power could be amplified enough to scrutinise through the data in real time. This step reduced the post-sequencing run time (base calling through alignment) by 93%, from 7 hours 21 minutes to just 34 minutes. Algorithms independently scanned the incoming genetic code for errors that might cause disease, and in the final step, the scientists conducted a comparison of the patient’s gene variants against publicly documented variants known to cause disease.

A key driver of success for this approach was long-reads.  Here, rather than as in traditional methods where DNA is cut into small fragment, long-read sequencing was performed which should capture the entire genome.  This produced long stretches of DNA composed of tens of thousands of base pairs, and provided similar accuracy and more detail for scientists scouring the sequence for errors. This enabled identification of variants that would be impossible to find using other methods, and was quicker to run.

Armed with this ultra-fast method, the team were able to diagnose rare genetic diseases in an average of eight hours.  In one case it amazingly took just 5 hours and 2 minutes to sequence the patient’s genome, which set the first Guinness World Records title for fastest DNA sequencing technique. In this case, the time it took to sequence and diagnose that case was just 7 hours and 18 minutes, twice as fast as the previous record.

During the study, Ashley’s team offered the accelerated genome sequencing technique to undiagnosed patients in Stanford hospitals’ intensive care units. Asking are genetics to blame for the patient’s ailment? If so, what specific DNA errors are the cause?

One 13-year old patient presented with COVID-like symptoms at his local doctor’s office, a cough and high fever.  However, it was established that the cough was the first sign of a heart condition known as myocarditis.  Sadly, his condition worsened rapidly and he was put on life support at Stanford Hospital.  This kind of heart failure in young children is usually either due to a genetic mutation which affects heart function, or myocarditis which frequently caused by a virus or other bodily stress.  The later is often reversible and can be treated however, a genetic condition would require a heart transplant.  Which was it?  The parents jumped at the chance of the ultra-fast sequencing, and in a matter of hours the data showed the condition was genetic.  He was immediately put on the transplant list, and 21 days later received a new heart.  A year on he is still doing exceptionally well.

In another case, a 3-month-old patient came to Stanford’s paediatric emergency department with unexplained seizures, likely due to epilepsy.  Ashley’s team identified the likely cause 8 hours 25mins after enrolment, a heterozygous variant in CSNK2B (a variant and gene known to cause a neurodevelopmental disorder with early-onset epilepsy) and made a definitive diagnosis of CSNK2B-related disorder, or Poirier–Bienvenu neurodevelopmental syndrome. Standard tests were also ordered at the same time, an epilepsy gene panel (which did not include CSNK2B) was screened and the results were received 2 weeks later.  This showed only multiple nondiagnostic variants of uncertain significance and so this result would normally be followed by further tests.  Meanwhile, the rapid results had facilitated disease-specific counselling and prognostication, aided epilepsy management (by providing insight about reported seizure types and treatment response to common antiseizure medications), and meant that further diagnostic tests were not required.

The Stanford scientists plan to offer a sub-10-hour turnaround to patients in intensive care units at Stanford Hospital and Lucile Packard Children’s Hospital Stanford and would like to eventually roll out the system to other hospitals.

The strength of this approach is the ability to scan the whole genome for all gene variants.  This will provide the potential to identify large and complex disease-causing variants, missed by previous approaches, while enabling phasing and detection of epigenetic markers, which are known to have clinical impact. Newly identified variants can be scanned for almost immediately, unlike in current commercial testing labs, where newly discovered disease-causing mutations are integrated into tests at a slow rate.  This ultra-rapid approach will mean less missed diagnoses.

The team envisage that rapid genome sequencing could be such a game-changer for patients suffering from rare genetic diseases, and it is creating a big buzz in the field.  We have seen a great acceleration of rapid diagnostic devices over the last year, such as the EV-Chip biosensor which detects exosome cancer and aging biomarkers or the SNP-Chip which can discriminate single nucleotide polymorphisms within an hour for example. Whilst, these tools are rapid, portable and flexible such as they can be designed to diagnose a plethora of diseases they have to be ‘preset’ to identify particular targets, the ability to sequence the genome so quickly will be hugely beneficial in many cases where the cause of the disease in unknown.   Together, these innovative technologies will transform diagnostics for critically ill patients, and offer rapid turn-around of testing. 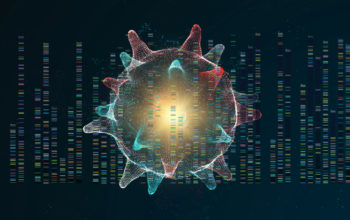 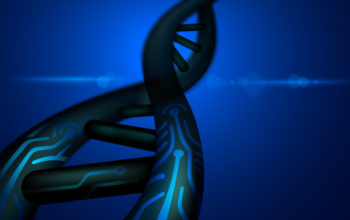