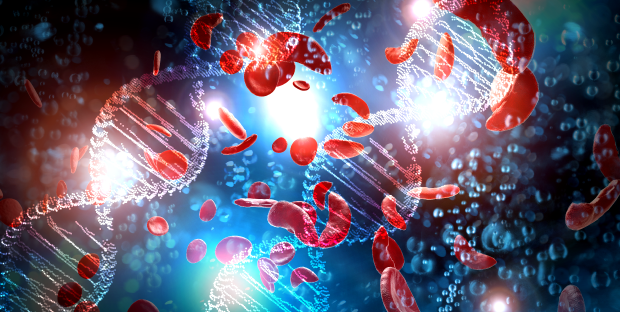 Approximately 5% of the world’s population carries trait genes for haemoglobin disorders, mainly, sickle-cell disease and thalassaemia. Sickle cell disease (SCD), is a major genetic disease that affects most countries in African but also affects millions of people worldwide.  Now, Intellia Therapeutics have reported pre-clinical, proof-of-concept data demonstrating non-viral genome editing of bone marrow and haematopoietic stem cells (HSCs) in mice.  Offering the potential to transform the treatment of diseases such as SCD by eliminating the need for complex and risky ex vivo approaches, and providing a one-time, curative treatment option.

Intellia Therapeutics, Inc, based in Cambridge, US, is a biotechnology company pioneering the development of CRISPR/Cas9 genome editing accelerating these experimental therapies towards the clinic.  The data was presented at the Keystone eSymposium: Precision Engineering of the Genome, Epigenome and Transcriptome last week.  It represents the company’s first demonstration of systemic in vivo genome editing in tissue outside the liver using its proprietary non-viral delivery platform.

Intellia used lipid nanoparticles (LNPs) to deliver CRISPR/Cas9 to murine and human haematopoietic stem and progenitor cells (HSPCs) in mice – which allowed transient delivery of the therapeutic and which were well tolerated.  Bone marrow and HSPC editing was dose-dependent, and a single LNP treatment was found to be durable in HSPCs for over a year.  However, repeat LNP dosing was viable and up to four doses continued to increase the editing percentage of both cell types above the level that would be predicted to be curative for SCD, potentially enabling a ‘treat-to-target’ approach.

In a competitive transplant model using mice treated with a single dose of LNP, HSPC-edited cells, there was a reconstitution of healthy bone marrow seen by a normal production of lymphoid and myeloid lineages.

Whilst, ex vivo genome editing shows promise for the treatment of SCD, it is also associated with significant limitations due to the complex manufacturing process, this involves mobilising and harvesting the cells, chemotherapy then re-implantation and engraftment. The immune system is suppressed for over a month, leaving patients vulnerable to infections, there is a risk of malignancy from the chemotherapy drugs and a risk of infertility.  This limits treatment to highly selected patients with severe disease and those located in a high resource setting.  With this in mind, in vivo editing would be of great benefit, and offers a more simple process.  To test this, the team used a single in vivo LNP dose in a humanised mouse model, which achieved a clinically significant level of editing of the human CD34+ cells (HSCs), which suggested cross-species translation was relevant for the LNP platform in genome editing.

Intellia have demonstrated the promise of its proprietary non-viral delivery system for in vivo genome editing for the potential treatment of genetic blood disorders, in particular SCD. They will now look to confirm the activity in a nonhuman primate model, with a view towards clinical trials for the treatment of SCD in the near future.

Up until last year all clinical trials involving CRISPRs had performed the gene editing steps in vitro, and then transplanted the edited cells back into the patient.  Then in March 2020, Allergan and Editas Medicine announced the treatment of the first patient in the BRILLIANCE clinical trial of AGN-151587 (EDIT-101), in a first ever attempt to edit the genome in vivo in humans.  The trial was designed to assess the safety, tolerability, and efficacy of AGN-151587 in approximately 18 patients with Leber congenital amaurosis 10 (LCA10) – an inherited form of blindness caused by mutations in the centrosomal protein 290 (CEP290) gene.  Since, then there have been several attempts in model animals to repair disease causing mutations in vivo.  In body base editing has restored hearing in mice as a result of single nucleotide mutation in the transmembrane channel-like 1 (TMC1) gene.  It has also be used to correct the single progeria causing mutation in mice, rescuing vascular pathology and extending lifespans nearly two-fold.  Nanovesicles have been used to deliver CRISPR-machinery for in vivo editing to target exon skipping in the dystrophin gene associated with Duchenne muscular dystrophy (DMD).  Together, these data highlight the potential of CRISPR-editing to treat disease and supports its translation to the clinic.

Of course, thorough safety assessments will be absolutely crucial for the translation of in vivo editing, and whilst CRISPR-editing of the human eye has been performed, it is considered to be a relatively isolated organ which reduces the chance of edits outside the eye.  However, systemic delivery of Intellia’s LNPs was performed here and would raise the question of off-target edits.  Recent work, showed CRISPR editing to repair a blindness-causing gene in human embryos, resulted in the elimination of large sections of or an entire chromosome.  Detailed analysis would be crucial to alleviating such concerns for future systemic therapies.  However, with all this mind it is hard not to be caught up in the excitement and hope that the promise of CRISPR gene editing has to offer, and the huge range of diseases and conditions they will be able to treat or even cure.  Such therapies are no longer a distant promise, but are becoming a reality. 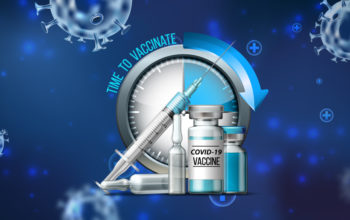 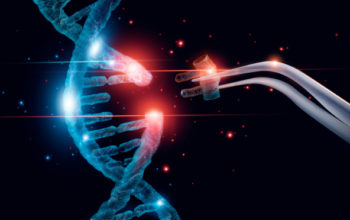 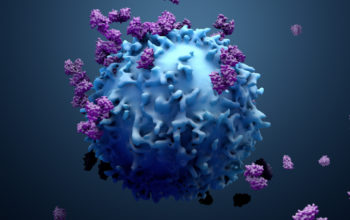