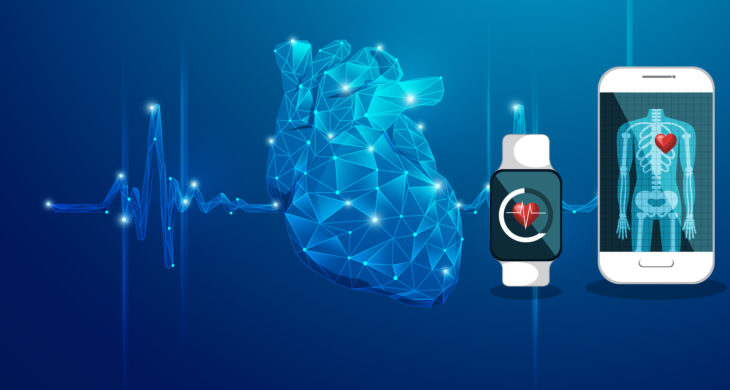 The wearable healthcare/medical devices market is rapidly increasing and has been estimated to reach $27.49 billion by 2026.  However, existing evaluation frameworks for mobile medical applications and wearables to determine their suitability for use in healthcare is somewhat lacking.

We reported the successful use of Apple watches to detect atrial fibrillation in March this year.  Now this week, a large-scale assessment of these same smartwatches in participants asymptomatic of atrial fibrillation has been published in the New England Journal of Medicine.

Atrial fibrillation (here including atrial flutter (AF)) is the most common arrhythmia diagnosed in clinical practice, it increases the risk of stroke and systemic embolism, and if left untreated increases morbidity and mortality.

AF is often intermittent in appearance, meaning that symptoms can be mild or absent, making detection and diagnosis difficult and leading to the condition often going undiagnosed.

The goal of a new Apple Heart Study was to evaluate the ability of an irregular pulse notification algorithm to identify atrial fibrillation with the use of an Apple Watch app by consumers.

The research, led by scientists at Stanford University and sponsored by Apple recruited 419,297 participants over an 8 month period with monitoring occurring over a median period of 117 days.

Participants wishing to be included into the study had to meet various criteria, such as owning the Apple technology, no prior history of AF, and not currently receiving oral anti-coagulants. Once meeting these criteria and consent was in place, the irregular pulse notification algorithm was activated on their device.  This allowed the Apple Watch photoplethysmography sensor (the light-emitting and light-sensitive diodes) to measure changes in blood flow at rest.  The signals were used to generate pulse intervals (tachograms) which were classified as regular or irregular.

If an irregular pulse was detected the app prompted participants to seek medical advice and subsequent tachograms and notifications were recorded.   The mechanism here was that the app directly notified the participant to initiate an assessment in the form of a telemedical ‘virtual’ visit with a study physician provided by a national telehealth servicer.  This allowed the participants to be categorised according to symptoms.

Those exhibiting urgent symptoms were directed to emergency care.  Non-urgent participants, if suitable, were sent an electrocardiogram patch (ePatch) to wear for up to 7 days and asked to return it for subsequent analysis.

Those ePatchs returned and meeting the criteria of return, within the allotted time and with readable data, were further analysed.  Again those with serious arrhythmias were advised to seek emergency care and second ‘virtual’ visits were also requested via the app.

Overall, the study showed that irregular pulse notifications were low (0.52%) but, amongst those notified of an irregular pulse, more than one third had AF identified through subsequent ePatch monitoring. An 84% concordance was observed in those participants receiving notification during simultaneous use of the ePatch.

The results suggest that the Apple technology could indeed be a reliable, user-owned device capable of detecting AF.

One important goal of the study was to assess how this technology was received, and how the participants would interact, trust and follow-up virtual care.  On this point there were several interesting statistics.

The desire to put healthcare into our own hands is a driving force in the wearables market.  This study certainly points to the successful application of the Apple watch in atrial fibrillation detection.  In fact 84% of notified participants following the selection procedures were confirmed with AF.

One of the impressive stats of the study was the initial engagement rate, over 400,000 participants in 8 months makes this one of the largest studies to date.  As a virtual study, this was an attractive and low cost approach for both participants and researchers.

The study paves the way for understanding how digital health alerts can enhance engagement with the healthcare system and patients.  With wearable apps on the increase it will be important to determine the impact and potential these devices will have on the healthcare system.

One of the perhaps surprising insights from the study is that over half of the participants receiving the initial notification did not initiate the first visit.  Which begs the question of why they joined the study in the first place. Whilst some sought advice from outside the study, others may have known they had AF, were asymptomatic, did not trust the notification, or did not feel that the notification, even if true, required follow-up.

Furthermore, although the exclusion conditions where clear from the outset, a significant group were further excluded due to not matching the original criteria. This illustrates the challenges of relying on the participants themselves to assess enrolment eligibility and outcomes.

A further challenge to participant uptake was age-related. Whilst AF is more prevalent in the over 65’s, only 6% of participants matched that demographic.

To note, adverse events were recorded, albeit at low levels with 1038 events recorded.  These ranged from stress or anxiety, to skin rashes or irritation from the watch or ePatch (with the majority of the latter being patch-related).

Of those adverse effects reviewed only 1.5% were app related, and were related to stress.  Whilst none of the app-related anxiety was deemed serious it does highlight a need for precaution, and perhaps additional thought into selection criteria may eliminate those susceptible to stress.

Finally, this study provides a solid foundation from which further research into digital health can be based and it starts to uncover the potential health benefits and challenges surrounding wearable technologies. 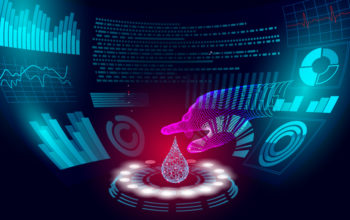 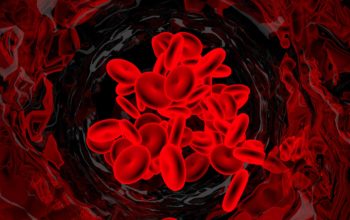 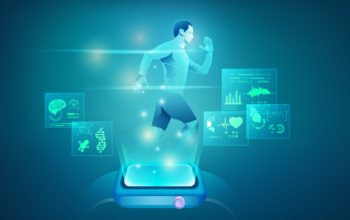