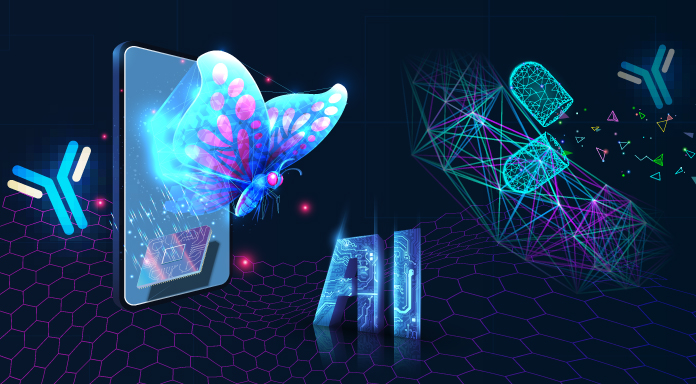 The digital revolution is transforming biology, research and healthcare, and the intersection of biology and technology is driving the most exciting innovations of the century.  Digital biology is opening up whole new areas of research, and is accelerating medicine, diagnostics and opening new avenues for therapeutics – highlighting the incredible power that harnessing and bridging biological and digital networks can achieve.

So what ground breaking research did 2021 bring?

Here are our top 5 articles of last year!

Gene therapy is set to transform the treatment of many genetic disorders, and adeno-associated viruses (AAVs) have become promising delivery vehicles for transferring therapeutic DNA and genes into target cells. However, whilst there have been many efforts to engineer and improve new AAV variants, there is still an unmet clinical need for a more diverse, catalogue of AAVs that can meet gene therapeutic challenges.

In February 2021, researchers at the Wyss Institute, Harvard Medical School, and Dyno Therapeutics, US, led by Eric Kelsic, George Church, and Lucy Colwell from the University of Cambridge, UK, and Google Research, US, applied computational deep learning (DL) algorithms to design highly diverse capsid variants from AAVs, which remained viable for packaging of a DNA payload.  They generated 201,426 variants of which over half yielded viable capsids, and >57,000 exhibited much higher diversity than is seen in natural AAV serotype sequences.  This resulted in the highest functional diversity of any capsid library produced to date, and unlocked vast functional areas of previously inaccessible viral sequence.  It holds the promise of the next generation of improved viral vectors and protein therapeutics, and the team are now working on the next milestone to develop and train models to simultaneously predict multiple phenotypes and to jointly optimise variants for numerous desirable properties.

The first monoclonal antibody was approved by the United States Food and Drug Administration (FDA) in 1986, and since then over 70 have been approved.  The market for therapeutic antibodies has experienced an explosive growth, and they are now in use for a wide range of diseases such as cancer, autoimmune, metabolic and infectious diseases.  However, time to market for these therapeutics is slow as optimisation is time consuming and demanding on resources.

In April 2021, researchers at ETH Zurich, Switzerland, led by Sai Reddy, developed a machine learning (ML) method that supports the optimisation phase, helping to develop more effective antibody drugs. The showed that optimised antibody variants can be identified by predicting antigen specificity via DL from a massively diverse space of antibody sequences.  The team generated a model training dataset, generating about 40,000 related antibodies using a CRISPR mutation method, and screened libraries for binding. In addition, using a well-established, commercially available antibody cancer drug, they then used the algorithm to identify improved variants. They are now looking to apply their ML method to optimise antibody drugs that are in clinical development – hoping it will lead to the development of more effective and cheaper to produce drugs, and that is will improve tolerability to these drugs.

Digital technologies are transforming our healthcare and pharmaceutical industries.  With artificial intelligence (AI), machine and deep learning, and data science giving us a greater depth of understanding of diseases and accelerating a new generation of drugs and therapies.  It is an exciting time for the pharmaceutical industry and there is currently a strong movement of collaborations between the drug industry and multinational technology companies with the aim of re-imagining medicine.

In January 2021, Boehringer Ingelheim announced a collaboration with Google Quantum AI (Google), focused on researching and implementing cutting-edge use for quantum computing in pharmaceutical research and development (R&D), specifically including molecular dynamics simulations. It is hoped the collaboration will create new opportunities for pharmaceutical innovation and therapies for a range of diseases, accelerating and enhancing the R&D process and significantly improving medical progress for patients around the world.  These types of collaborations hold the promise to spur the development of new ground breaking discoveries in science and medicine, and will drive new and innovative technologies and treatments for disease and diagnosis.

Parkinson’s Disease (PD) is a long-term degenerative disorder of the central nervous system that mainly affects the motor system.  Early symptoms include tremors, rigidity, slowness of movement and difficulty with walking.  Monitoring of motor symptoms in PD could enable more precise treatment decisions and could also be used to evaluate effectiveness of treatments.

In February 2021, researchers at Apple Inc., led by Adeeti Ullal, in collaboration with PD specialists, have developed the Motor fluctuations Monitor for Parkinson’s Disease (MM4PD), a monitoring system that uses smartwatch sensors to continuously track fluctuations in resting tremors and other involuntary movements.  The system could identify changes in symptoms as a result of medication changes or deep brain stimulation treatment, could detect patients who had missed medication, and recognised participants who could benefit from a modified medication regime – supporting further investigation of MM4PD as a tool to support patient-clinician communication, medication titration, and clinical trial design.

All living things produce volatile organic compounds, (VOCs) that are created in unique combinations, and are biochemical signals or biomarkers.  VOCs are released through bodily fluids such as breath, blood, skin, urine and faecal samples, and are also released by plants. They can indicate metabolic changes caused by a range of conditions, such as cancer, inflammation and disease. The ability to translate the language of chemical compounds into digital signals to analyse food components, detect airborne and liquid-based toxins, and diagnose disease in almost real-time would be highly beneficial.

In May 2021, Cardea Bio announced a partnership with Scentian Bio to harness the power of insect odorant receptors (iORs) with graphene-based biology-gated transistors, producing the world’s first ‘bio-electronic tongue/nose’. Cardea’s technology will be paired with Scentian’s expertise in synthetic iORs which they are harnessing to read VOCs.  The platform will initially house 40-50 synthetic receptors and will be able to detect thousands of signals, rapidly and in a hand-held device.

Applications will included the expansions of broader food quality testing, as well as animal and human disease diagnostics.  In the future they envisage the platform will bypass current complex chemical assays, and will be able to detect the presence of disease based on distinct VOC profile on a patient’s breath.

This research really caught the essence of digital biology, highlighting the power that harnessing and bridging biological and digital networks is set to achieve, and as a result it was BioTechScope’s most read article of 2021! 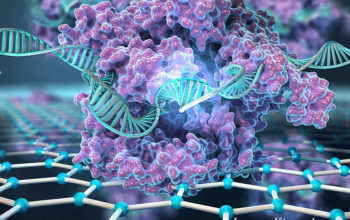 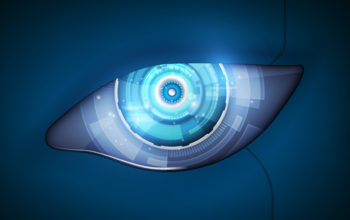 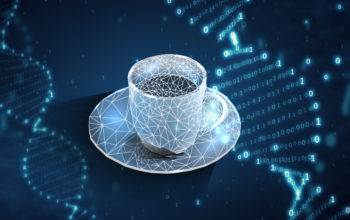